JJìane Lau has demonstrated extraordinary talent in music from a young age. A member of the Hong Kong Children’s Choir, she has toured around the world with them, allowing her to explore the diversity of music and to deepen her interest in it.

She was also selected as the student conductor when she was in the Good Hope School choir, and has been awarded the title of Student Musician of the Year by the South China Morning Post. 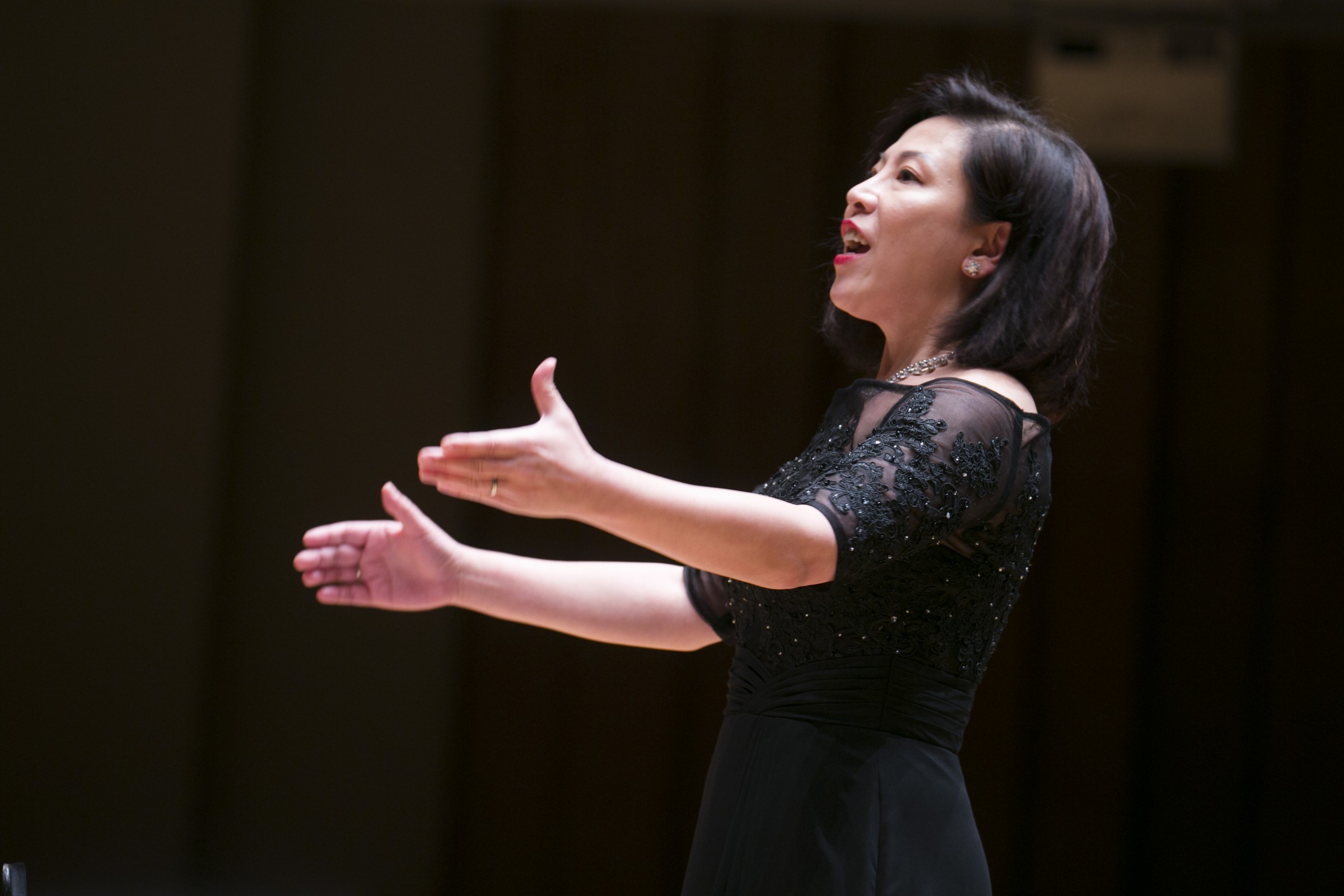 She also attained the Performer’s Diploma in the Pianoforte and Singing awarded by the Trinity College of Music, which further recognised her endowments in this discipline.
After her studies, Jane first served as head of the music department in Belilios Public School. With her as the conductor, Belilios Public School choir received rave reviews and won numerous awards at music festivals. Her choir was granted the title of Best Girls’ Choir in 1997 and awarded the Gold Award in the Australian International Music Festival in 1999, even coming first in the Ensemble Singing Category in the International Choral Kathaumixw Festival in Canada in 2000. In the same year, Jane was accorded with the Commendation Certificate for Outstanding Professional Performance by the Education Department in Hong Kong.

Jane served as head of the music department in Marymount Secondary School from 2007 to 2020. She taught music lessons for all levels and conducted both the junior and intermediate choir of the school. She also managed the String Orchestra, Symphonic Orchestra, Symphonic Band and various instrumental programmes. Aspiring to develop Marymount students’ musicianship and interest in music, Jane initiated international music study tours every other summer. Since September 2020, Jane has been working as the School’s Music Consultant and conductor for the Intermediate Choir. In 2012, Jane led Marymount Secondary School Choir to Hungary, where they took part in the 9th Cantemus International Choral Festival. During the Festival, Marymount Secondary School choir won the Gold Award and the Best Kodaly Performance Award. Jane was also named the Best Conductor in the festival.

This success in Hungary was ranked sixth in the Radio Television Hong Kong 2012 Top Ten Music Headlines. Jane also led Marymount choristers to St. Petersburg, Russia to take part in the XII International Choral Festival – The Singing World in 2014, where they were awarded First Place and Gold Diploma in both Children’s and Modern Music category, and a total of four special jury prizes including The Best Performance of the Russian Composer’s Work, Best Performance of Contemporary Music, The Best Soloist Award. The choir was also presented with The Public Affection Award, voted by the audience during the Grand Prix.In 2016, Jane led the choir to Hungary, participating in the Béla Bartók 27th International Competition and Folklore Festival. They got first place in Youth category and a special prize for the outstanding interpretation of a modern Hungarian piece. The most recent tour abroad was in 2018, when Jane led the choir to take part in the 66th International Choral Competition Polifonico Guido d’Arezzo in Arezzo, Italy.

During the pandemic, Jane has led the Marymount choir to compete in international virtual choir competitions. The choir came First in the Youth Category of the 2nd World Virtual Choir Festival 2020 organized by the Bandung Choral Society of Indonesia. The choir was also awarded Third and Gold Diploma in the Children and Youth Choir Categories of Italy’s Rimini International Choral Competition 2020. Joining hands with choir alumnae, the choir came First in the Virtual Choir category of Italy’s Rimini International Choral Competition 2020. They have also attained Gold Award in Hong Kong’s PPA 1st Anniversary Online Music Festival – A celebration to John Rutter’s Music.