With his ensemble, Michele Josia won several first prizes and special awards in national and international choral competitions (Skofja Loka, Maribor, Bad Ischl, Riva del Garda, Bratislava) as well as getting official awards by the government of Slovenia. He was the conductor of the chamber choir Vox Carniolus of Jesenice (Slovenia), the Chamber Choir Krog of Ljubljana (Slovenia), the Mixed Choir of the University of Architecture in Ljubljana, co-director and co-founder of the Italian-Slovenian chamber Choir “Vocalkor”, director of the Symphony Orchestra of the Gymnasium of Kranj (Slovenia) and conductor of the Ipavska Chamber Choir, one of the most wellknown mixed choir from Slovenia. 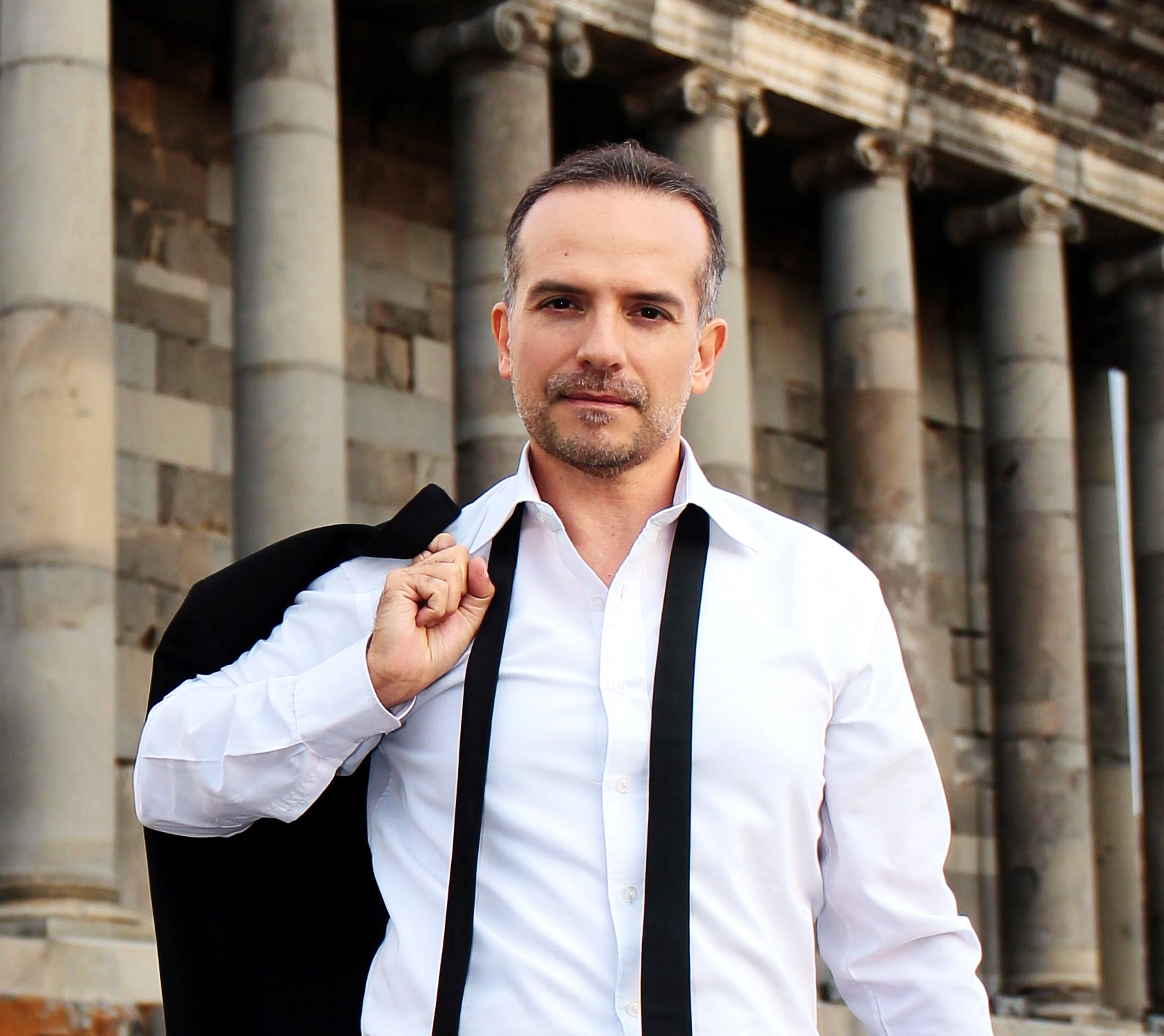 He has been, over the years, also assistant-conductor of wellknown mixed choirs such as the “Coro Musicanova” of Rome (cond. Fabrizio Barchi), the “APZ Tone Tomsic Academic Choir University of Ljubljana” (cond. Ursa Lah), the mixed choir “Veter” of Ljubljana (cond. Ursa Lah) and the men’s Choir “Val” – Vokalna Akademija Ljubljana – (cond. Stojan Kuret). With a background experience gained in more than 20 years, Josia has assets of more than 200 concerts in Europe, including the direction and performances of his compositions in renowned international competitions (Maribor, Varna, Tolosa, Vittorio Veneto) as well as in important concert halls such as the Slovenian Philharmonic Hall, the “Cankariev Dom” in Ljubljana (Slovenia) and the Mozarteum Concert Hall in Salzburg. With his ensembles, as conductor, assistant conductor and composer of concert music and soundtracks for films, he recorded 20 CDs.

He is often appointed as a jury member in composition competitions and in international choral competition contests, as well as lecturer in choral conducting and in film music masterclasses. Among his works, Josia collaborated as choir conductor assistant with Ennio Morricone in the preparation of the soundtracks of films such as “Vatel”, directed by Roland Joffè, “Aida degli alberi” (Aida of the trees) by G. Manuli, “Padre Pio tra cielo e terra” (Padre Pio between Heaven and earth) by Giulio Base, “La Piovra 10” by Luigi Perelli, and also in “Giuseppe di Nazareth”, directed by Raffaele Mertes, with music by Marco Frisina. In December 2011, his music was performed by the renowned American composer, conductor and Grammy Award winner Eric Whitacre.