Blog
You are here: Home1 / Week for Peace 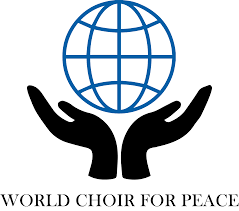 The World Choir for Peace, made up of 26 professional singers from 14 countries, invites choirs and singers from Hannover and around the world to a huge concert for peace, singing along to John Rutter’s Requiem. Conducted by the composer himself, the concert will be held on Hiroshima Remembrance Day, 06.08.2022. 2,000 singers from Germany and abroad will get the chance to take part in the concert in the domed hall at the HCC in Hannover. On top of that, some 5,000 people will be able to participate virtually and sing along from the comfort of their living rooms. The concert will also be broadcast on TV (NDR).

More information about the masterclasses for choral conductors and the workshops will follow soon.

The cooperation partners and sponsors of the World Choir for Peace in the project are the State Capital of Hannover with the Mayors for Peace network, the Hannover Cultural Office and UNESCO City of Music network, the German UNESCO Commission, the Federal Government Commissioner for Culture and Media, NDR, the German Music Council, The Hannover Region Hearing Network (Hörregion Hannover), the Foundation for Generational Solidarity (Stiftung Generation-Zusammenhalt), Singing Hospitals (Singende Krankenhäuser e.V.) and Tripmakery. Musical backing will be provided by the World Orchestra for Peace, the Opera for Peace, the International Choral Conductors Federation and the Stay At Home Choir, as well as the Music School of the State Capital of Hannover (Musikschule der Landeshauptstadt Hannover) and the Lower Saxony Choir Association (Niedersächsischer Chorverband).

Could not find route!

Weather data is currently not available for this location